Can Cosmetic Surgery Help Women in the Workplace?

Can Cosmetic Surgery Help Women in the Workplace?

Plastic surgery in Texas and other places in the United States is not just important to help fulfill the aesthetic and self-esteem needs of a woman. A growing number of women seem to suggest that cosmetic enhancement of their appearance even helps them keep their jobs. 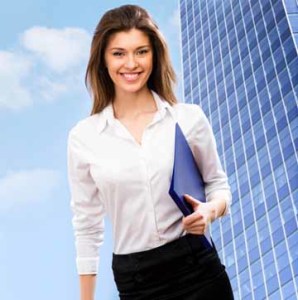 There is a perception among women employees that if they tend to appear older or tired looking due to conspicuous signs of aging, it may affect their career prospects or performance in some way. Many women seem to feel the pressure of maintaining fantastic looks and freshness at the workplace in order to compete. This trend to look good at the workplace is on the rise. There is an entire generation of working women that is keen about maintain vibrant looks for the sake of their career.

Women at the workplace are not looking to ‘overdo’ their looks in terms of plastic surgery, but certainly they are increasingly keen to retain their current looks and not look older than they really area. Plastic surgeons in Dallas and other areas are likely to see a surge in the number of patients who are professional women in their forties and fifties. These are women who are more concerned about retaining their competitiveness in the workplace, and not be perceived as being “too old” for a job.

While cosmetic surgery procedures remain popular options, there is a growing demand for non-invasive and minimally invasive cosmetic procedures. A considerable or sufficient part of this demand is coming from working women who wish to opt for injections, chemical peels and other minimally invasive treatments in comparison to surgery. Many of these patients believe that their jobs depend on how they look.

Non-surgical options involve minimal or no downtime. A working woman may even schedule a session of Botox treatment during her lunch hour, and simply go back to work after the treatment. For busy working women, this is a significant advantage compared to surgery that may involve a longer recovery period and risk of side effects.

A lot of working women in their middle age still prefer plastic surgery treatments over non-invasive options. The results with plastic surgery can be more effective and long lasting. Women in their late forties or early fifties are usually interested in looking the “healthiest middle age” possible. As long as they look fit and healthy, they have no problems with looking their actual age. Their goal is to look refreshed, and not look tired. In fact, many of the middle aged patients do not wish to remove their facial wrinkles completely. They simply wish to soften or reduce the deep wrinkles and creases to make their appearance more appealing.

Plastic surgery treatments can slow down the signs of aging. Many happy middle aged women patients, who have received treatments such as facelift, breast lift or liposuction, say that middle age never looked so marvelous before. While the employers usually have clear policies that an employee must be judged by his or her performance and not by how he or she looks, but in real life, perceptions do seem to matter. The innate or fundamental need to look presentable and sharp that almost all individuals feel also gives rise to a natural perception that looks do matter in every sphere of life. It improves the self-confidence of a woman at the workplace in many cases, and that can have a positive impact on her performance.

A prolonged phase of dull economic conditions, increased competition in the job market, and layoffs have added more fuel to the belief that looking terrific can provide a competitive edge in the jobs arena. That has led to a profound and palpable demand for plastic surgery in Dallas and other areas from working women. According to a survey of 756 women between the age group 18-64, conducted by the American Society of Plastic Surgeons (ASPS), many women seem to believe that cosmetic surgery can push them up the ladder of career success.